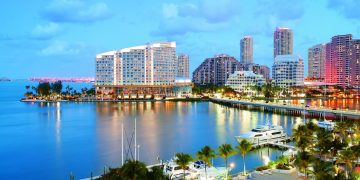 The head of the state of Canada is Queen Elizabeth II. The capital city of Canada is Ottawa. Canada is 2nd largest country in the world after Russia with area of 9,984,670 km2 and population is 34,813,000. Canada is federal parliamentary democracy, federation composed of ten provinces and three territories. Canada is low dense country so Canada is welcoming large number of migrants from Asia, Europe other continent of the globe. The education in Canada is globally renowned, for the students seeking quality and innovation it is best country to study further. Once students enter and study certain degree in Canada it will be easy to settle in Canada and gives you the great opportunity to enter in the global market. It is best country for those students who seek of getting good values of their investment. Canada is also known as a modern, progressive nation with open-minded citizens. We are a multicultural society with two official languages, English and French, and are proud of our ethnic diversity. Canadians are widely regarded as friendly, polite, well-educated, interesting and healthy. We enjoy a very high standard of living—Canada has consistently ranked among the top 10 countries in the United Nations Quality of Life Index since 2004.
How to use nerdymates.com it share resources with your students mid-lesson perfect for 1 1 classrooms.
© SINDHU.EDU.NP